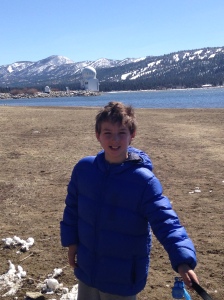 Shawn suddenly awoke to his father and mother scurrying about the house like gigantic mice, yelling and screaming,“Mam? whas happenin’?” Shawn asked with a groggy tone and slur, “Its the Choosing honey! go take a shower and brush your teeth!, As shawn walked to the bathroom to bathe and brush he looked at his once a week used tooth brush and sadly brushed his teeth, After he hopped into the no-heated shower and shivered the whole gruesome ordeal, as he went down with his best clothes and combed his bright blond hair out of his deep blue eyes. “Such a good looking boy, such a shame he barely even shows his beautiful blue eyes” Shawn’s father said with a sad smile. Then his mother yelled “Honey! look at the clock! what time is it?” as shawn looked at the grandfather clock his father yelled “9:32! go go go son! its time for the Choosing!” Shawn Bustled out of the house and set on his trek to Hawthorn Castle.

As Shawn saw the giant stone castle with magnificent spires in the air he also saw something that wasn’t quite as beautiful, a line of children as far as the naked eye could see. Shawn sighed but saw something that cheered him up, His 3 friends and his brother “Hey guys!my little brother!” Shawn’s brother said as he patted Shawn on the back “No, Your just 3 months older than me! im just 14! you too Noah!” Shawn answered back, “Well i’m bigger and stronger, destined to become a soldier, How about you?” Noah said  “uhmmm well…. Just be quiet okay?!” Shawn said in a angry tone, “ Huh fine, i’ll go with my more cool friends” Noah said grumpily as he walked away to his bigger and stronger friends. Shawn turned to his actual friends. Allisa, a Slim and tall girl with blonde hair and dark brown eyes, Waven, A thin, wiry, boy with a pair of glasses and an obsession of books, And Mark, Shawn’s best friend, they both have the same interests and always hang together, he was also a tiny bit sarcastic “Aren’t we so lucky? this line is so short!” Mark said sarcastically, Shawn changed his mind about mark, he was REALLY sarcastic.

After what seemed like a month they finally got to the gates, The council of grumpy looking teachers told us to sit on the bench and wait. As waven walked up to the council he looked down to the floor and said “I wan-wan-want t-t-to be a-a..a Scri-Scribe” Waven said with his massive stutter problem, The Scribe teacher, Sir William ShikeSpear answered “Well of course! i was waiting for you to ask, You have the perfect brains for one, I have seen you with those books, Please sit down in the Scribe bench” Waven walked over to the bench of scribes and sat down, “Allisa Sante!” Yelled Duke Barenkaw. As Allisa strode over to the council all of the teachers took a long look at her and the Courtier teacher, Madame Terrisa, finally said “You have the perfect build and etiquette to be a Courtier Allisa, do you want to be one?” Allisa nearly jumped out of her boots and said “Yes!” As Allisa skipped to the Courtier Bench, Noah came up. The answer was almost instant, “I would like to be a Squire” Noah asked with a aura of confidence “Yes, get on the bench” said Sir Faarsen Randall. Then Mark went up, and he did something that has never happened in the Choosing history, asked for another human being to come up with him “Can me and Shawn get chosen together? we both are likely to get the same job” Mark asked “it would be Shawn and I, Improve your grammar young man, and why not, you and Shawn can both get chosen at the same time” Said Madame Terrisa 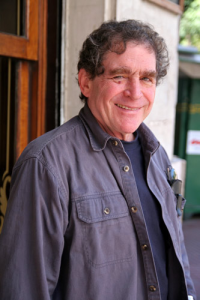 Tara Sutphen will interview Alan Weisman – Author. His latest book is Countdown: Our Last, Best Hope for a Future on Earth?, published in 2013 by Little, Brown & Co, winner of the 2014 Los Angeles Times Book Prize, the 2013 Paris Book Festival Prize for Nonfiction, the 2014 Nautilus Gold Book Award, and a finalist for the Orion Prize and the Books for a Better Life Award. His last book, The World Without Us (Thomas Dunne Books/St. Martin’s Press) was a finalist for the National Book Critics Circle Award, for the Orion Prize, for the Rachel Carson Award, and for the J. Anthony Lukas Book Prize. It was named the Best Nonfiction Book of 2007 by Time Magazine, Entertainment Weekly, and the National Post (Canada); a Best of 2007 Media Pick by Mother Jones Magazine; the #1 Nonfiction Audiobook of 2007 by iTunes; one of the top five nonfiction books for 2007 by Salon, Barnes and Noble’s Best Politics & Current Affairs Book of 2007, and winner of the Wenjin Book Prize of the National Library of China. Alan Weisman has many other books and he’s been published in 34 languages. His articles have appeared in Harper’s, The New York Times Magazine, The Atlantic Monthly, The Los Angeles Times Magazine, Orion, Vanity Fair, Wilson Quarterly, Audubon, Mother Jones, Discover, Condé Nast Traveler, and in many anthologies, including Best American Science Writing and Best Buddhist Writing. A senior editor and producer for Homelands Productions, his reports have been heard on National Public Radio, Public Radio International, and American Public Media.

Weisman has been a Fulbright Senior Scholar (in Colombia), the John Farrar Fellow in Nonfiction at the Bread Loaf Writers’ Conference, and a contributing editor to the Los Angeles Times Magazine. Among his radio awards shared with his Homelands colleagues are a Robert F. Kennedy Citation, the Harry Chapin/World Hunger Year Award, and Brazil’s Prèmio Nacional de Jornalismo Radiofônico. He also received a Four Corners Award for Best Nonfiction Book for La Frontera, a Los Angeles Press Club Award for Best Feature Story, and a Best of the West Award in Journalism. His book Gaviotas was awarded the 1998 Social Inventions Award from the London-based Global Ideas Bank. He has taught writing and journalism at Prescott College, Williams College, and at the University of Arizona. He and his wife, sculptor Beckie Kravetz, live in western Massachusetts. Call in with your questions. 877-230-3062 www.ctrnetwork.com 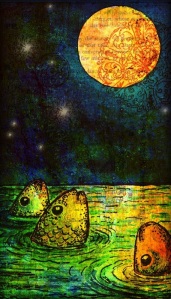 This Virgo Full Moon aspects the value of your home life and your health. Time to truly take care of yourself and your family. What is important, we all know it is feeling wholesome and good about ourselves and each other. Centering yourself, waking up to spring around the corner, and breathing in the fresh air. You are asked to propel yourself and make effort, creating an invigorating life begins with you. Confusion and lack of self-esteem is not only wounding to one’s spirit, but also to the family and friend dynamic. If you are wallowing in self-pity or fear, the energy to easily move forward is daunted and interrupted. It’s not that anyone really knows where they are going, they’ve just made up their minds as well and set the course to want better results in life. Moving in a direction has everything to do with you. If you want to be more healthy, you have to actually take the initiative. If your family and friends seem displaced or anxious, you might want to give an encouraging hug or remind them that tomorrow is another day. Pointing out their strengths instead of a fault.

Families and friendships are lots of work and require unconditional love. You know there is no quitting, it’s survival and we’re to do it well…we have to go with a certain accepting attitude. Being healthy is both a mindset and a body strength. We have those times where we need to rest and recoup. We have to reach for nutrition and not tasty food. So do it and get an attitude adjustment, getting over that little emotional hump starts to feel unsurmountable. Limitations cease being overwhelming, because simplistic choices become easy. Not allowing the urge to becoming easily irritated, such as with rages “road rage”, “parental rage”, “government rage”, “neighbor rage”, “ex-spouse rage”, “bug rage” Etc… this is really outside influences trying to control you. To waste our time on tangents and subcategories of our true destiny is not what our lives are supposed to be about. Sure there is a certain level of recognition and protection of ones rights and spacial consciousness. There is a certain protocol, the money you earn helps you live, the love you receive helps you feel worthy. The kindness you project truly comes back to you. It’s not to overly squander any benefit or be gulping in desperation. We all know who attributes their fair share to what and why. We give credit where credit is due to others and ourselves. There is always a time when it’s more important for you to concentrate on becoming a more centered and vital human. It’s the adage of coming into your divine being. As you look at the full moon, remember it is your personal spotlight in life. You are seen in all your beauty and glory as a human being. You shine with all your great attributes you have to share with yourself and others. It does not matter if you believe it or not, you are here to love and be loved. You are to resonate and receive. You are to give and gain. Bounty and Blessings are yours by birthright.

Paragraph+ for each question.

Are there times that you can’t fathom going on with your life concerning:

Where are you lazy?

What attributes are your lack of self-recognition?

Give yourself 3 words connected to the following – what pops in your mind: Add a few names at the end of your list.

Allowing yourself to thrive & be healthy:

—– Buddhism holds that everything is in constant flux. Thus the question is whether we are to accept change passively and be swept away by it or whether we are to take the lead and create positive changes on our own initiative. While conservatism and self-protection might be likened to winter, night and death. The spirit of pioneering and attempting to realize ideals evokes images of spring, morning and birth. ~Daisaku Ikeda (1928- Japanese Peace Activist)

repost if you want